Regular oil changes are definitely a very important part of vehicle maintenance. But how much do you really know about the state of your vehicle’s engine oil? You probably already know the difference between conventional and synthetic oil, but how do you figure out the pressure? It is simple – by getting an oil pressure gauge. The oil pressure gauge is one of your vehicle’s most essential instruments as it warns you about potentially expensive problems.

There are two basic types of oil pressure gauges – electric and mechanical. Most modern vehicles have an electric oil pressure gauge, and the power it receives is supplied from the wires located behind the dashboard. A current flows through the coil, which measures the resistance in the gauge’s return wire. The amount of resistance corresponds to the oil pressure. Electric gauges are usually much easier to integrate into modern vehicle circuits, which is one of the main reasons why they’re installed in most new vehicles.

Mechanical gauges, on the other hand, use pipes (tubes) instead of wires. For this reason, many technicians consider them more accurate than electric gauges. However, there’s also a risk in that. Basically, these gauges funnel oil into small tubes at the same pressure the oil flows inside the engine itself, which means that if anything cracks the pipe, it may start leaking oil at engine pressure. Due to this, mechanical gauges typically require more maintenance and attention than their electric counterparts.

If the gauge reads a lower number than 20 (or in the lower part of the gauge) while your vehicle is idling, you should get it checked out. This can mean two things – the gauge (if mechanical) is malfunctioning, or an engine part has worn down, thus creating a drop in oil pressure. It’s important to replace the part or fix it quickly in order to avoid major, expensive engine damage.

On the other hand, if the reading on the gauge is high (above the middle of the gauge), then either the pressure relief valve is faulty or stuck, or there’s a blockage in the oil delivery system. This can lead to your oil filter bursting, and you should switch your vehicle off as soon as you notice the reading. Ideally, the gauge indicator should be about the midpoint after your car has been running for about 15-20 minutes.

Bottom line is, having reliable gauges, no matter what they’re for, can save you a lot of trouble and money in the long run, as they notify you of issues that aren’t apparent before they end up becoming very problematic. 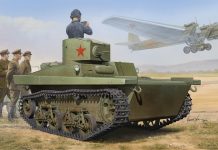 Toys for History Buffs: How to Choose the Right RC Model Tank 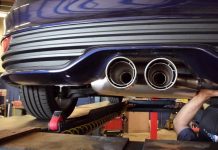 A List of Benefits From Installing an Aftermarket Performance Exhaust 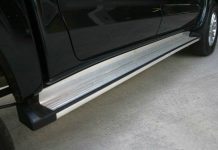 Camper Refrigerator: Cold Food and Drinks Guaranteed (So You Can Keep Your Cool)

A List of The Most Essential Pieces of Survival Gear

How to Choose the Right PAT Tester for Your Application