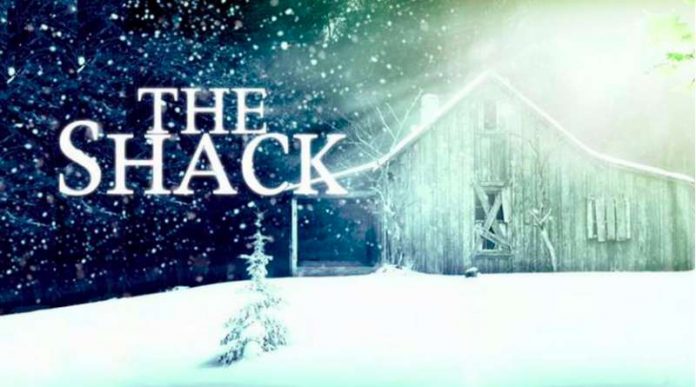 I have been really impressed by the phenomenon of the Shack book that appeared in 2007 and by 2009 had become an international publishing phenomenon. It has been on the New York Times bestselling list for over three years maintaining its place in the top 3. What is even more impressive is that The Shack is a religious book, more precisely a Christian one. It is a modern retelling of the biblical story of Job, a good and righteous man who confronts the problem of terrible suffering.

We learn about the protagonist of the novel, Mackenzie Alan Philips, whose youngest daughter Missy gets brutally murdered by a serial killer. Police never finds her body, and the only clue is a blood-stained dress left on the floor of a dilapidated shack in the middle of the woods.

Shortly after the murder, Mac receives a very strange note with no return address, no identifying mark that says “Come meet me at the shack”, signed by Papa (further into the book, readers come to realization that the term “Papa” stands for God). Who wrote the note? Where did it come from? Mac was confused, thinking maybe it was the killer himself trying to lure him back into the shack. Desperate for answers, Mack goes to the shack where he meets God (the most thrilling moment in the novel); the father, the son and the holy spirit that is. He faces his deeply hidden thoughts, fears and feelings and comes to terms with the loss of his daughter.

It was the second part of the The Shack book that enlightened my faith in God. There are series of conversation between Mac and the Holy Trinity. What I like about this book, especially as a Christian, is the fact that it is robustly religious; how God was represented as a Trinitarian image – he is not just a vague distraction or one person, he is the three-person God. It strikes me how the author portrayed the way the Christians percieve the trinity which represents love. The Father – lover, the Son – the loved one and the holy spirit – the love father and son share.

The Shack book shows the real God of the Bible, not the God of the philosophers. God knows everything and knows what Mac has lost which is described well in PSALM 139:

You have searched me, LORD, and you know me.
You know when I sit and when I rise; you perceive my thoughts from afar.
You discern my going out and my lying down; you are familiar with all my ways.
Before a word is on my tongue you, LORD, know it completely.

The Shack book has opened my eyes – with the guidance of God, my life will be more fulfilling. I recommend this book to anyone who is struggling in life, anyone who has lost their faith because God is great and he has his ways of making you believe once again.

The Word of God Through the Life of The Heavenly Man

Mailbox: Small but Important Ingredient in a House’s Curb Appeal

Listing the Most Common Uses of Pilates Balls

Listing the Pros and Cons of Cordless Power Drills